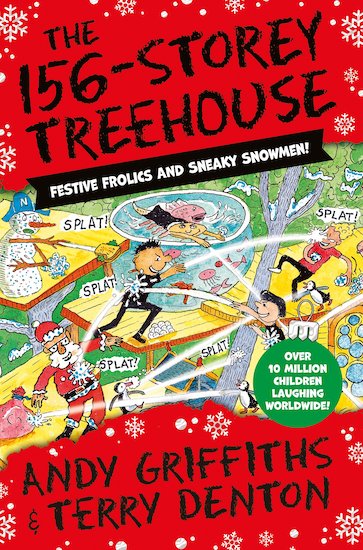 Buy this and your school gets €2.10 to spend on books Orders of €20 or more will earn 20% of your order value back in Scholastic Rewards for your school.

Treehouse is getting festive! With lots of Christmas laughs at every level in The 156-Storey Treehouse, from the worldwide bestselling Treehouse series by Andy Griffiths and Terry Denton.

It’s the night before Christmas, but it’s not going well for Andy and Terry – they’re at war with an angry snowman, Santa has crashed his sleigh and fallen into the cloning machine, and Mr. Big Nose wants a new book by tomorrow!

Can they defeat the snowman, save Christmas, and get their book written in time?

Well, what are you waiting for? Come on up!

END_OF_DOCUMENT_TOKEN_TO_BE_REPLACED
How do I use promotional codes