About Julia Donaldson and Axel Scheffler

Julia Donaldson is the outrageously talented, prize-winning author of the world’s best-loved children’s books, and was the 2011-2013 Children’s Laureate. Axel Scheffler is the best-selling, award-winning illustrator behind some of Julia’s most loved books.

Read on to find out more about the world’s bestselling picture book pair! 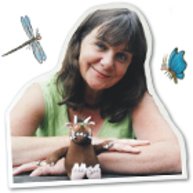 More about Julia: “I grew up in a tall Victorian London house with my parents, grandmother, aunt, uncle, younger sister Mary and cat Geoffrey (who was really a prince in disguise. Mary and I would argue about which of us would marry him). Read less 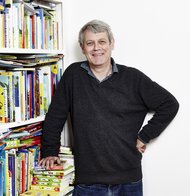 Axel went on from school to study History of Art at the University of Hamburg – but he didn’t like the course and decided to leave. Knowing that he wanted to live in another country and learn a second language, he moved to England to study illustration at the Bath Academy of Art. Read less

By signing up you agree to receive marketing emails from us. We will never share your information, and you may unsubscribe at any time. Read our Privacy Policy