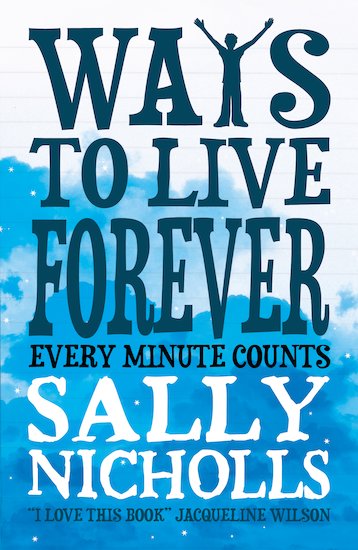 One other format or edition for €7.50

‘My name is Sam. I am eleven years old. I collect stories and fantastic facts. By the time you read this, I will probably be dead.’ Sam is dying of leukaemia. He hasn’t got forever, but he’s going to make every minute count. What he wants are answers to the questions nobody will answer – and a way to live a lifetime in the months that he has left. Winner of the Waterstone’s Children’s Book Prize 2007, this remarkably direct and uplifting story from a brand new talent explores life in the face of death.

Sally Nicholls was born in Stockton. After graduating in Philosophy and Literature, she took an MA in Writing for Young People at Bath Spa University where she wrote WAYS TO LIVE FOREVER when she was twenty-three. Published in 2008, it won the Waterstone’s Children’s Book Prize, has been translated into many languages and made into a film. Her second novel, SEASON OF SECRETS, came out in 2010, and ALL FALL DOWN is published in 2012.