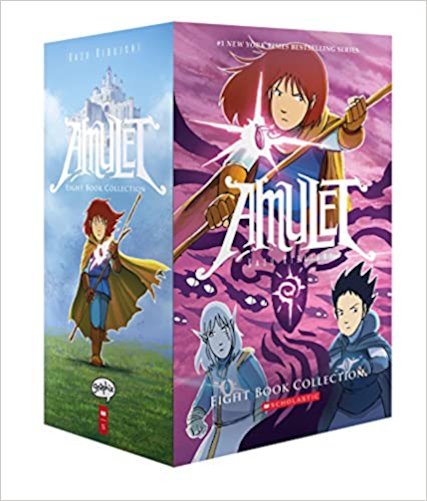 Buy this and your school gets €14.96 to spend on books Orders of €20 or more will earn 20% of your order value back in Scholastic Rewards for your school.

After tragedy strikes their family, Emily and Navin move with their mother into the old, mysterious home of their great-grandfather. On their first night in the strange house, Emily and Navin’s mom is kidnapped by a tentacled creature. Determined to rescue her, Emily and Navin are led into a world of robots, talking animals, flying ships, new friends… and enemies. Emily learns that she is a Stonekeeper and essential to the survival of this world, and that her incredible story is only just beginning. 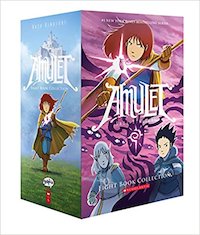 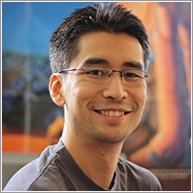 Kazu Kibuishi is the writer and artist of the bestselling AMULET graphic novel series. He is also the editor/art director/cover artist of the EXPLORER and FLIGHT Comic Anthologies, and is the cover illustrator of the Harry Potter 15th Anniversary Edition paperbacks in the USA. His debut graphic novel, Daisy Kutter: The Last Train, won a YALSA Best Books for Young Adults Award.

Born in Tokyo, Japan, Kazu moved to the U.S. with his mother and brother when he was a child. He graduated from Film Studies at the University of California, Santa Barbara in 2000, and moved to Los Angeles to pursue a career in the entertainment industry. He currently works as a full-time graphic novelist. Kazu lives near Seattle, Washington with his wife and two children.