Barrington Stoke Conkers: The Girl with No Nose Award-winning team 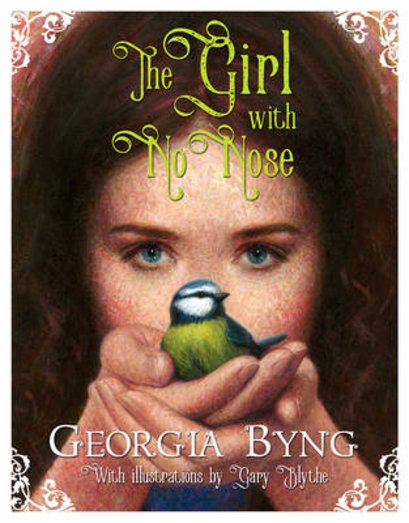 Alice Peasbody was born with no nose. People laugh and jeer at Alice and call her ‘Pancake Face’. Even when she is given a prosthetic nose and gains the courage to move to the big city and take an office job, she cowers in dark corners. The only place she feels she can truly be herself is the roof garden of the office block. But one day a handsome and good-natured man comes to work in Alice’s office, and she finds herself drawn out of the dark corners.

Georgia grew up outside Winchester, near the River Itchen, with her three naughty brothers and a sister. Georgia has always enjoyed acting and performing and at 18 she went to the Central School of Speech and Drama. After college she found time to draw, paint and write. She had always written songs and poems, but now she began writing stories.

Her first stories were in comic strip, a medium which she worked with for five years. The Sock Monsters was her first published book in 1995—a comic strip story for 5-7 year olds.

Georgia lives in ‘a very messy house in London with two untidy people’—her daughter, Tiger, who loves making things, and her partner Marc Quinn, a conceptual artist. He keeps all sorts of strange things in the fridge—once he had to keep a Canadian frog in there, which was hibernating and had to be kept cold. Their new baby, Lucas, likes painting with his porridge. The whole family loves traveling and reading and Lucas is fond of eating his books too.