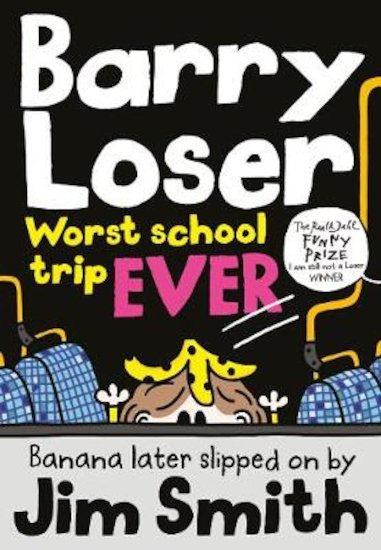 Barry’s class are off on a school trip to see a history of television exhibition, which Barry knows will be comperleeterly rubbish. But then he discovers that Future Ratboy (super-keel superhero TV show) is filmed in the same TV studios! All he has to do is find a way to sneak away and find the set … Will Barry come up with an amazekeel plan? Will he get to audition for Future Ratboy? Will they get the best seats on the coach??

Barry Loser: I am not a loser was selected as a Tom Fletcher Book Club 2017 title.

Don’t miss the other funny books by Jim Smith:

I am not a Loser

I am still not a Loser

I am so over being a Loser

I am sort of a Loser

Barry Loser and the holiday of doom

Barry Loser and the case of the crumpled carton

Barry Loser and the birthday billions

My mum is a loser

My dad is a loser

Future Ratboy and the Attack of the Killer Robot Grannies

Future Ratboy and the Invasion of the Nom Noms

Future Ratboy and the Quest for the Missing Thingy

‘Twice as good as my other favourite book, Diary of a Wimpy Kid’ Ben, aged 7 years

‘The review of the eight year old boy in our house … “Can I keep it to give to a friend?” Best recommendation you can get’ Observer

‘I laughed so much, I thought I was going to burst!’ Finbar, aged 9

Jim Smith is the keelest kids’ book author in the whole wide world amen. He graduated from art school with first class honours (the best you can get) and is the author of the Roald Dahl Funny Prize-winning and bestselling BARRY LOSER series. He is also the author of the Barry Loser spin-off series, FUTURE RATBOY. He lives in London, and designs cards and gifts under the name Waldo Pancake. 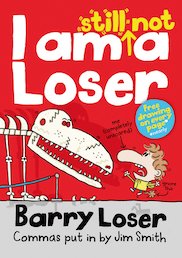 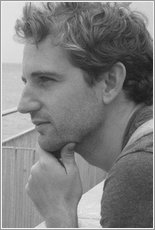 Barry Loser Barry (that’s me) is the keelest author in the whole wide world amen. He’s so clever that he doesn’t even have to try that hard to write his books – mostly he just plays it keel in normal life, then goes upstairs and writes it down and does some drawings.

Jim Smith Jim is the keelest kids’ book spellchecker in the whole wide world amen. He graduated from art school and went on to create the branding for a sweet little chain of coffee shops. He also designs cards and gifts under the name Waldo Pancake. As well as spellchecking, Jim offers a free smellchecking service with every book. These ones stink.