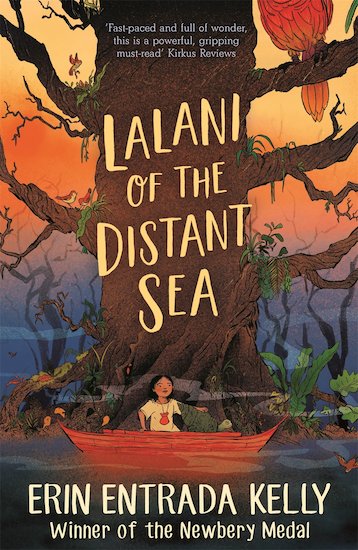 Buy this and your school gets €9.58 to spend on books Orders of €20 or more will earn 20% of your order value back in Scholastic Rewards for your school.

When Lalani Sarita’s mother falls ill with an incurable disease, Lalani embarks on a dangerous journey across the sea in the hope of safeguarding her own future. Inspired by Filipino folklore, this engrossing fantasy is for readers who loved Grace Lin’s Where the Mountain Meets the Moon and Disney’s Moana.

Life is difficult on the island of Sanlagita. To the west looms a vengeful mountain, one that threatens to collapse and bury the village at any moment. To the north, a dangerous fog swallows sailors who dare to venture out, looking for a more hospitable land. And what does the future hold for young girls? Chores and more chores.

When Lalani Sarita’s mother falls gravely ill, twelve-year-old Lalani faces an impossible task—she must leave Sanlagita and find the riches of the legendary Mount Isa, which towers on an island to the north. But generations of men and boys have died on the same quest—how can an ordinary girl survive the epic tests of the archipelago? And how will she manage without Veyda, her best friend?

Supplied as a pack of six copies.