Once Upon a Fever New 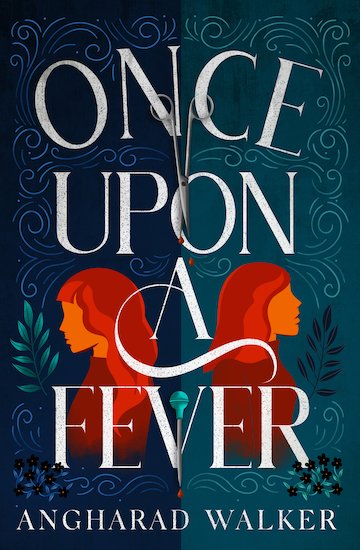 Since the world fell sick with fantastical illnesses, sisters Payton and Ani have grown up in the hospital of King Jude’s.

Payton wants to be a methic like her father, working on a cure for her mother’s sleeping fever. Ani, however, thinks the remedy for all illness might be found in the green wilderness beyond the hospital walls.

When Ani stumbles upon an imprisoned boy who turns everything he touches to gold, her world is turned upside-down. The girls find themselves outside the hospital for the first time, a dark mystery unravelling …

The first teen novel from Angharad Walker, author of critically-acclaimed The Ash House

The story follows two sisters in a London-inspired city full of fantastical illness and sprawling, gothic hospitals where dark secrets linger beneath the surface

Praise for THE ASH HOUSE:

‘An unexpected – and pleasing – combination of propitious and disquieting.’ KIRKUS REVIEWS

‘The book has allegorical chill that settles slowly, like damp seeping in . . . leaving readers with a feeling of ambiguous unease that may stir for a long time in the back of their minds like the after-effects of a nightmare.’ THE WALL STREET JOURNAL