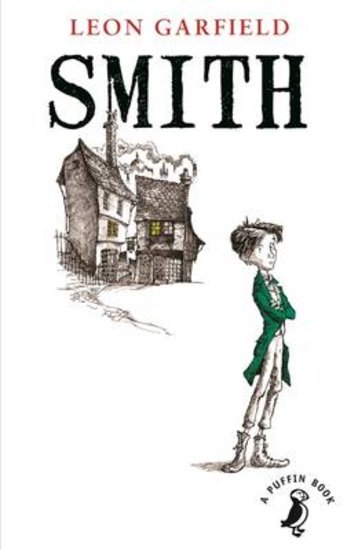 London street urchin Smith is 12 years old, and an experienced pick-pocket. One day on Ludgate Hill, he robbed an old gentleman, and one minute later watched him silently murdered by two men, who chased him for the document he had stolen but could not understand. Smith artfully dodges the two men and winds up in the odd company of a wealthy blind man, who takes Smith into his home and provides him with an education. But this new comfort is lost when Smith himself is suspected of the very murder he witnessed.

Leon Garfield was a British novelist, born in 1921. He is best known for children’s historical novels, though he also wrote for adults. He wrote more than thirty books including Shakespeare’s Stories – retellings of Shakespeare’s plays for children, and he won many awards including the Guardian Award and the Carnegie Medal. He died in 1996, aged 74.