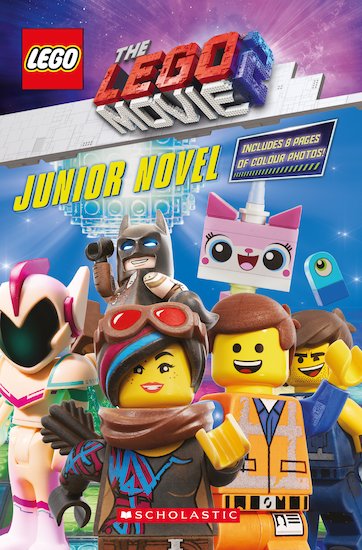 Buy this and your school gets €1.50 to spend on books Orders of €10 or more will earn 25% of your order value back in Scholastic Rewards for your school.

This item has 1 stars of a maximum 5

The official Junior Novelisation of The LEGO (R) MOVIE 2 (TM). Includes full-colour images from the film!

Things have changed in Bricksburg since the DUPLO aliens attacked. The city is in ruins. The Justice League™ is missing. Unikitty has become Ultrakatty. Lucy spends her idle time brooding. But among them remains one ever-cheerful, awesome hero — Emmet Brickowski.

For Emmet, Bricksburg becoming Apocalypseburg isn’t the worst thing in the world, so long as he has his best buddies by his side and a coffee (with twenty-five sugars) in his hand. But when Emmet’s friends are taken by a mysterious helmeted figure and flown into space, it’s time for this hero to get tough and bring them back… or else.

Includes 8 pages of full-colour images from the film. 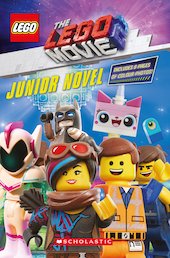