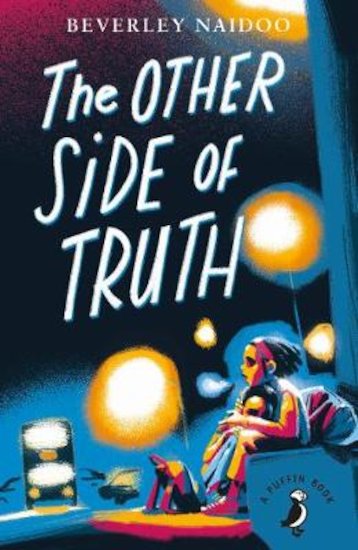 This item has 2 stars of a maximum 5

Puffin Classics: the definitive collection of timeless stories, for every child.

Not a speck, not a stain on her gray school skirt and blue blouse to show what terrible thing had happened . . . If only by putting on something fresh and new, they could begin the day again.

When twelve-year-old Sade’s mother is killed, she and her little brother Femi are forced to flee from their home in Nigeria to Britain. They’re not allowed to tell anyone – not even their best friends – as their whole journey is secret, dangerous – and illegal. Their dad promises to follow when he can, but once the children arrive in London, things go from bad to worse when they’re abandoned by the people they had been told would protect them.

Sade faces challenge after challenge – but her dad has always taught her to stand up for what is right, and to tell the truth no matter what. And with that strength of spirit in her heart, Sade will find the courage to fight for the new, happy life she, Femi and her dad deserve.

A powerful novel which explores what it means to be classified as ‘illegal’ and the difficulties which come with being a refugee – winner of the Carnegie Medal 2000.

‘Beverley Naidoo breaks the rules, producing books for young people which recognize that they want to know about the real world’ Guardian

END_OF_DOCUMENT_TOKEN_TO_BE_REPLACED
How do I use promotional codes