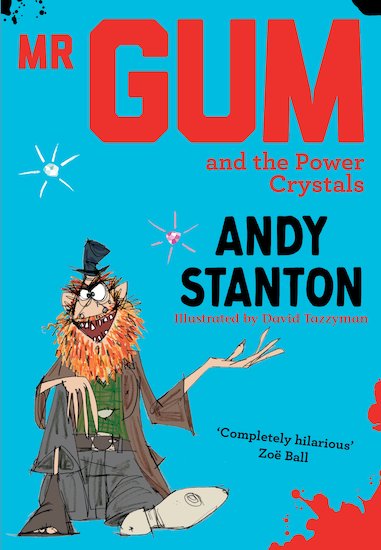 Can it really be true that there’s an ancient curse on the town of Lamonic Bibber? And you guessed it, that old roo-de-lally Mr Gum and his trusty sidekick Billy William the Third have something to do with it. But … our favourite heroes Polly and Friday and the gingerbread biscuit Alan Taylor (only 15.24 cm tall) are determined to save the town (sigh of relief).

Mr Gum andthePower Crystals is the fourth book in the internationally best-selling series by Andy Stanton, which has won everything from the Blue Peter Book Award (twice) to the Roald Dahl Funny Prize and the Red House Children’s Book Award.

David Tazzyman studied illustration at Manchester Metropolitan University. As well as illustrating the Mr Gum series, he has illustrated many picture books including Eleanor’s Eyebrows, You Can’t Take an Elephant on the Bus, Michael Rosen’s Jelly Boots, Smelly Boots and My Mum’s Growing Down by Laura Dockrill. He lives in Leicester with his wife and three sons. 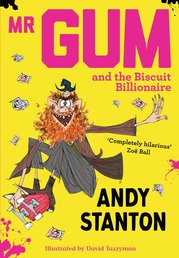