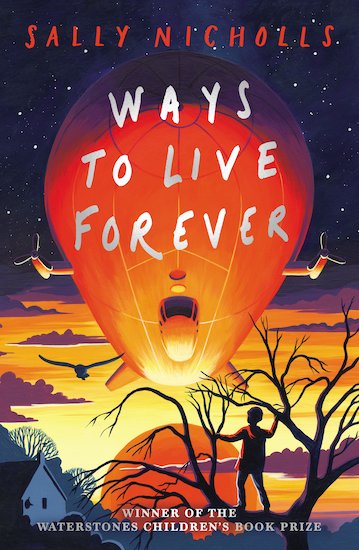 When you only have a few months left, how do you live a whole lifetime? Join Sam as he faces the biggest dilemma of his life: death. What do you want to do with the rest of your life? Sam’s problem is, he’s hardly got one. He’s dying of leukaemia, so every minute counts. He wants to break a world record. Ride in an airship. Kiss a girl – and learn all the facts about death. Sam’s got a to-do list and a plan, and having to die won’t stop him dreaming big… Way before John Green or Before I Die, this book gave us the bucket list of a boy saying hello to death – and saying a proper goodbye to life.

Sally Nicholls was born in Stockton. After graduating in Philosophy and Literature, she took an MA in Writing for Young People at Bath Spa University where she wrote WAYS TO LIVE FOREVER when she was twenty-three. Published in 2008, it won the Waterstone’s Children’s Book Prize, has been translated into many languages and made into a film. Her second novel, SEASON OF SECRETS, came out in 2010, and ALL FALL DOWN is published in 2012.