The Cost of Knowing 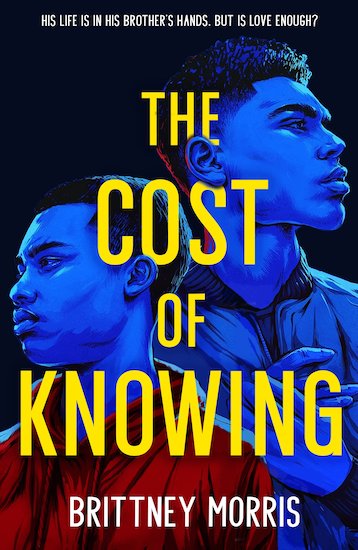 From the acclaimed author of SLAY, comes a gripping novel, about brothers, grief, and what it means to be a young Black man in America. For fans of Dear Martin and They Both Die at the End.

Sixteen year old Alex Rufus lives with his younger brother, Isaiah, in a quiet neighbourhood in Chicago. But recently, the neighbours are on high-alert – whenever they see someone they don’t think looks safe, they take matters into their own hands, often calling the cops without reason.

Alex starts taking on more shifts at the local ice-cream shop, Scoops, and spending time with his girlfriend, Talia. But then, Alex starts experiencing visions of the future whenever he touches objects or the people around him. And when he picks up a family photo, he has a vision that his younger brother, Isaiah, is going to die – he can’t tell how, but he knows it will be soon.

All Alex wants is to protect Isiah, but how can he protect him in the present, when he knows the dangers of the future? And how will he ensure Isaiah’s place in it, when the one place he felt protected, his neigbourhood, doesn’t feel like home anymore?

A story that speaks to hard truths about race, prejudice, and the inherent injustice that permeates the world we live in.