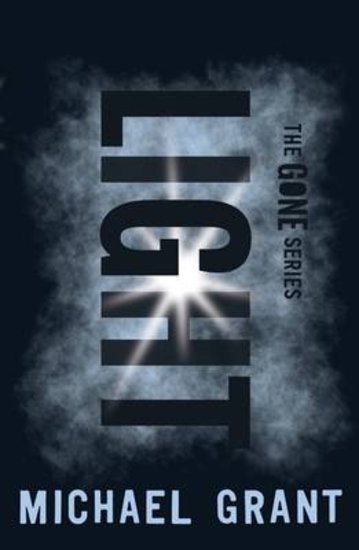 Welcome back to the FAYZ! This is Book 6 in the series that Stephen King calls a ‘driving, torrential narrative’.

All eyes are on Perdido Beach. The barrier wall is now as clear as glass and life in the FAYZ is visible for the entire outside world to see. Life inside the dome remains a constant battle and the Darkness, away from watchful eyes, grows and grows … The society that Sam and Astrid have struggled so hard to build is about to be shattered for good. It’s the end of the FAYZ. Who will survive to see the light of day? This is the nail-biting finale to the GONE saga.

The GONE series is Lord of the Flies for the 21st century. In turns breathtaking, harrowing, and utterly terrifying. Its complex characters and moral dilemmas will delight fans of The Hunger Games, Divergent and The Maze Runner. This is dystopian fiction at its best.

Have you got all 6 titles in the New York Times bestselling saga: Gone, Hunger, Lies, Plague, Fear, and Light?

‘I am now free to leave the FAYZ, but my time there was well spent’ Stephen King

If you love GONE, be sure not to miss Michael’s new series Front Lines – it’s WWII but not as you know it! The first book is Front Lines, followed by Silver Stars. Michael Grant also has a World Book Day book, Dead of Night, which is set in the Front Lines universe and written exclusively for World Book Day 2017.

Michael Grant has lived an exciting, fast-paced life. He moved in with his wife Katherine Applegate after only 24 hours. He has co-authored over 160 books but promises that everything he writes is like nothing you’ve ever read before! If the Gone series has left you hungry for more from the dark genius of YA fiction, look out for the BZRK trilogy: BZRK, BZRK Reloaded, BZRK Apocalypse and the terrifying Messenger of Fear and its sequel The Tattooed Heart. Michael is a World Book Day author for 2017.

HL650L Lexiles are the global standard in reading assessment. They are unique as they are able to measure a child and a book on the same scale – ensuring the right book gets to the right child at the right time. 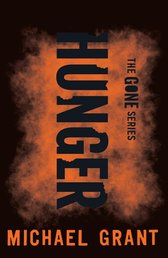