Sister to a Star New 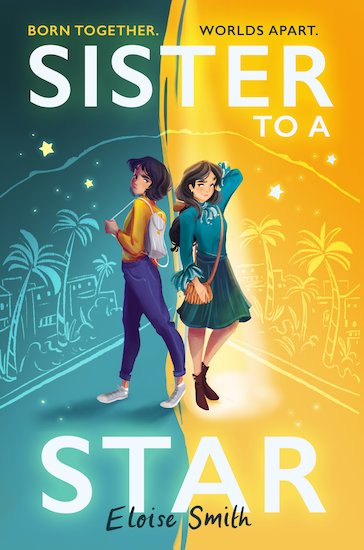 Lights, camera … kidnap! ‘Dreams of stardom; sibling rivalry & a gripping ending, Sister to a Star has it all & I gobbled up the entire book’ BONKERS ABOUT BOOKS

Evie is forever crossing swords with her twin. While she practises her after-school fencing, Tallulah is winning movie auditions.

Neither of them could have imagined how their worlds would collide, but when Tallulah goes to Hollywood Evie goes too – as her sister’s identical stand-in.

But that changes, when the film needs some all-action sword-play. Soon Evie’s the one enjoying the limelight – that is, until Tallulah goes missing …

An action-packed sibling adventure of twin rivalry, glamour and skulduggery set against the bright lights of Hollywood!

Features a diverse ensemble cast of brave and spirited kids you can’t help but root for!