The Girls I've Been 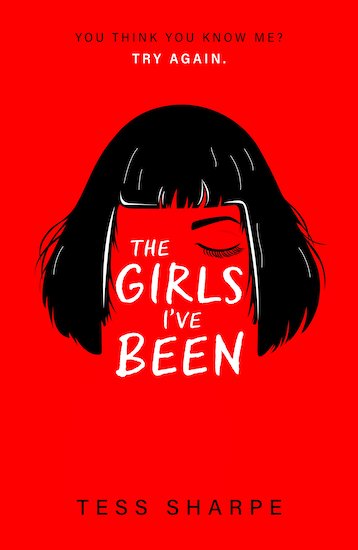 Soon to be a Netflix film starring Stranger Things’ Millie Bobby Brown – this must-read psychological thriller, perfect for fans of One of Us Is Lying, will leave you guessing until the final page. ‘Unlike anything I’ve read before… immediate, gripping, incredibly tense, heart-breaking, heart-warming and FUN! ’ – Holly Jackson, author of A Good Girl’s Guide to Murder

As an ex con artist, Nora has always got herself out of tricky situations. But the ultimate test lies in wait when she’s taken hostage in a bank heist. And this time, Nora doesn’t have an escape plan …

Nora didn’t choose a life of deception – she was born into it. As the daughter of a con artist who targeted criminal men, Nora always had to play a part. But when her mother fell for one of the men instead of conning him, Nora pulled the ultimate con herself: escape.

For five years Nora’s been playing at normal – but things are far from it when she finds herself held at gunpoint in the middle of a bank heist, along with Wes (her ex-boyfriend) and Iris (her secret new girlfriend and mutual friend of Wes … awkward). Now it will take all of Nora’s con artistry skills to get them out alive.

‘Slick, stylish and full of suspense’ – Sophie McKenzie, author of Girl, Missing ‘A powerful gut-punch of a book that will leave you reeling long after its final pages. I couldn’t put it down!’ – Chelsea Pitcher, author of This Lie Will Kill You ‘I could hardly breathe until I finished. The tension! Absolutely loved it.’ – Emily Barr, author of The One Memory of Flora Banks