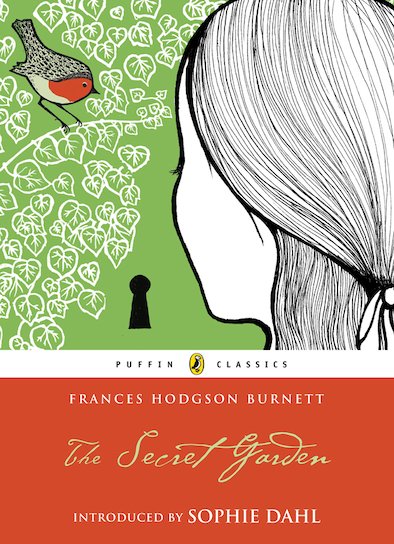 ‘I’ve stolen a garden,’ she said very fast. ‘It isn’t mine. It isn’t anybody’s. Nobody wants it, nobody cares for it, nobody ever goes into it. Perhaps everything is dead in it already; I don’t know.’

After losing her parents, young Mary Lennox is sent from India to live in her uncle’s gloomy mansion on the wild English moors. She is lonely and has no one to play with, but one day she learns of a secret garden somewhere in the grounds that no one is allowed to enter. Then Mary uncovers an old key in a flowerbed – and a gust of magic leads her to the hidden door. Slowly she turns the key and enters a world she could never have imagined.

With a heartwarming introduction by Sophie Dahl

Frances Hodgson Burnett (1849-1924) was born in Manchester. She had a very poor upbringing and used to escape from the horror of her surroundings by writing stories. In 1865 her family emigrated to the USA where she married and became the successful author of many children’s books including Little Lord Fauntleroy and A Little Princess.

950L Lexiles are the global standard in reading assessment. They are unique as they are able to measure a child and a book on the same scale – ensuring the right book gets to the right child at the right time.

Frances Hodgson Burnett was born in 1849 in Manchester but when her father died Frances’s mother emigrated with her sons and daughters to Tennessee in the United States. Life there was harsh and they were quite poor but the young Frances would entertain herself and her siblings with stories. And then in 1868, at the age of eighteen, she went out with her sister to pick grapes and made enough money from that job to buy paper and stamps. She wrote out a romantic tale and sent it off to a magazine. Marvellously, her story was accepted and from that day forward she became the breadwinner in her family, writing up to six stories a month.

When she married a man called Swan Burnett in 1872, she kept up her writing. Frances’s two sons, Lionel and Vivian, would sleep beneath her desk as toddlers. It was unusual for a woman to earn her own money and support her family in the way that Frances did so people in nineteenth-century England and America were very surprised. Many newspapers and magazines were interested in her private life and wrote about her, much like they do about celebrities today.

In 1890, something very sad happened and Frances‘s son, Lionel, died at the age of sixteen. When she wrote about Colin in The Secret Garden Frances might have been thinking about her own son and wishing that his sickness could have been cured. Her other son, Vivian, lived and Frances once made him a real velvet suit. The sight of him in his smart suit inspired her to write her book Little Lord Fauntleroy.