The World of Norm #8: May Contain Buts Award-winning author/illustrator 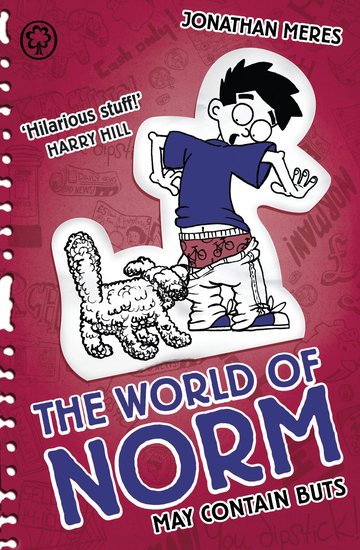 The picture is a clue: we’re sure they left a ‘t’ out of the title. But don’t worry: no laughs were omitted. Ever had the kind of day where you go to the toilet just for something to do? Norm is having one. Things can only get better, right? Don’t be daft – of course they won’t. I mean, this is Norm we’re talking about. Ancient aftershave. Snakes’ bottoms. Being bitten in the you-know-what. (Ouch.) Forget ifs and buts. Norm’s life is all whiffs and butts. Is it fair? No. Does it stink? Yes.

HL550L Lexiles are the global standard in reading assessment. They are unique as they are able to measure a child and a book on the same scale – ensuring the right book gets to the right child at the right time. 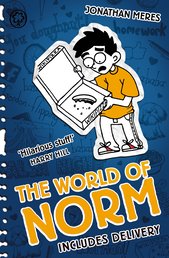 The World of Norm 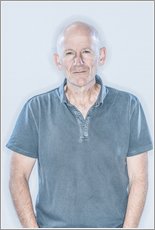 Jonathan Meres left school at the age of 16 to join the merchant navy and spent the next 7 years sailing around the world. Since then he has worked as an ice cream van driver and in Harrods, got a band together, appeared in a pop video and been a stand up comedian. He’s won a Time Out Award for Comedy and been nominated for The Perrier Award at the The Edinburgh Festival. His bestselling book The World of Norm: May Contain Nuts (the first in The World of Norm series) has won a Scottish Children’s Book Award and was shortlisted for the Red House Children’s Book Award.