There is No Dog Award-winning author 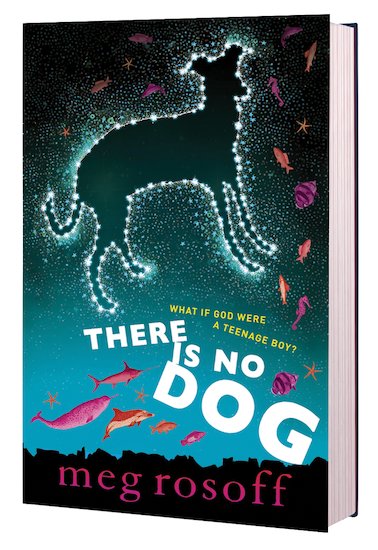 In the beginning there was Bob. And Bob created the heavens and the earth, and the beasts of the field and the creatures of the sea, and twenty-five million other species including lots and lots of gorgeous girls. And all of this, he created in just six days. Six days! Congratulations, Bob! No wonder Earth is such a mess…

Imagine that God is a typical teenage boy. He is lazy, careless, self-obsessed, girl-crazy… and about to meet Lucy, the most beautiful girl in the whole world. Unfortunately, whenever Bob falls in love, disaster swiftly follows. Let us pray that Bob does not fall in love with Lucy! Meg Rosoff gives the creation story a wildly funny modern twist in her latest quirky, daring and off-the-wall teen novel.

Meg Rosoff was born in 1956 in Boston, USA. She studied at Harvard University and left for England in 1977 to enter St Martin’s School of Art, later returning to finish her degree at Harvard. She worked in New York City for 10 years in publishing and advertising, before moving to England.

She has written four novels for teenagers, as well as several picture books. Her first novel, How I Live Now, was published to great acclaim in 2004, winning the Guardian Children’s Fiction Prize, and shortlisted for both the Whibread Children’s Book Award and the Orange First Novel Prize.

Her second novel, Just in Case (2006), about a hunted 15-year-old boy, won the 2007 Carnegie Medal, and her third, What I Was was also shortlisted for several major awards. Her latest book, The Bride’s Farewell is her first historical novel, telling the tale of a nineteenth century girl who flees on the morning of her wedding.