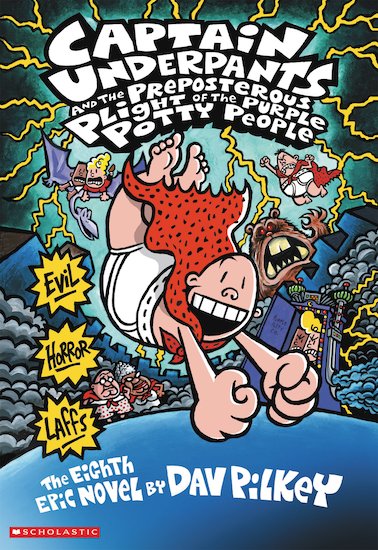 Everything goes VERY wrong when George and Harold fall into a parallel universe – and it gets even wronger when they run into their very own evil twins. Now the boys must face their most cunning enemies yet… themselves! And with Captain Underpants facing his own nemesis, the dastardly Captain Blunderpants, will good or evil reign supreme? Another hilarious epic starring our wedgie-powered hero! 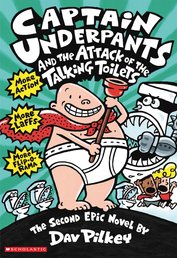 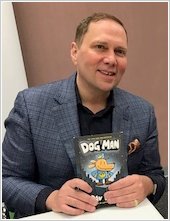 When Dav Pilkey was a kid, he was diagnosed with ADHD and dyslexia. He was so disruptive in class that his teachers made him sit out in the hallway every day. Luckily, Dav loved to draw and make up stories, so he spent his time in the hallway creating his own original comic books—the very first adventures of Dog Man and Captain Underpants.

Since then, Dav has written and illustrated a number of bestselling and award-winning children’s books, including his Captain Underpants series and Dog Man graphic novels, which have sold millions of copies worldwide and have been translated into many languages.

Dav lives in Washington State, USA with his wife, but his writing is inspired by children and adults around the world. His stories explore universally positive themes that celebrate the triumph of the good-hearted.