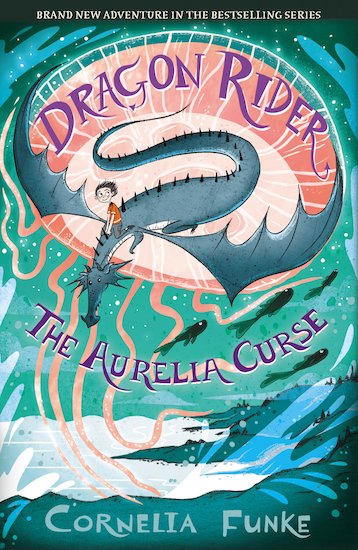 The third dragon adventure from the legendary author of Inkheart, Cornelia Funke – over one million English language copies of DRAGON RIDER sold worldwide, and now a major movie on Sky Cinema! ‘A warm-hearted dream of a book.’ THE GUARDIAN on Dragon Rider

Ben and the Greenblooms must protect a mythical new creature rising from the ocean that can bring light or darkness to whoever it first meets – a vast, mythical Aurelia.

It’s a race against time to protect it, for if the Aurelia is hurt, all fabulous creatures will vanish from Earth. In the end though, it may take the arrival of the original silver dragon, Firedrake, to help save them all …

Dragon Rider has now been adapted for the big screen in a major animation with a stellar cast including Felicity Jones and Patrick Stewart, available on Sky Cinema. 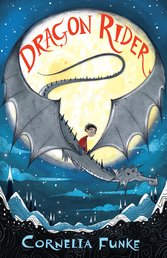 Cornelia Funke is the hugely successful author of the Inkheart Trilogy, The Thief Lord and a whole host of other popular children’s novels and picture books. She was born in 1958 in the German town of Dorsten. After finishing her studies, Cornelia worked for three years as a social worker. For a while she illustrated books, but soon began writing her own stories, inspired by the tales that had appealed to the children she had worked with.

During the late 1980s and the 1990s, she established herself in Germany with two children’s series, namely the fantasy-oriented Gespensterjäger (Ghosthunters) and the Wilde Hühner (Wild Chicks) line of books. Her international break-through came with the fantasy novel Dragon Rider (1996), which stayed on the New York Times bestseller list for 78 weeks, and was continued with The Thief Lord (2000, translated into English in 2002), which immediately climbed to the #2 position of the New York Times bestseller list, stayed there for 19 weeks and sold 1.5 million copies.