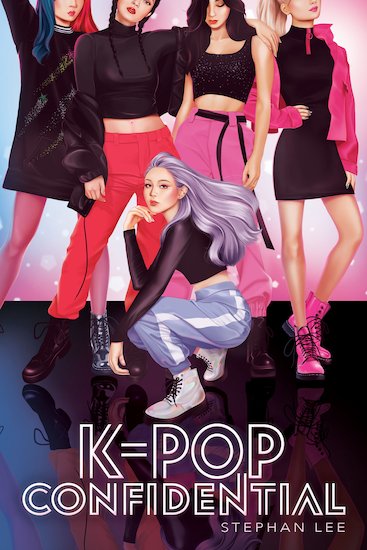 A Korean-American girl travels to Seoul in hopes of debuting in a girl group at the same K-pop company behind the most popular boy band on the planet, in this romantic coming-of-age novel perfect for K-pop fans everywhere!

‘I’m still giddy over this electrifying, big-hearted, all-kill smash of a debut. I couldn’t put it down.’ BECKY ALBERTALLI, author of Simon vs. the Homo Sapiens Agenda

Candace Park knows a lot about playing a role. For most of her life, she’s been playing the role of the quiet Korean-American girl who takes advanced classes and plays a classical instrument, keeping her love of K-pop to herself. But she has a secret that she’s been keeping from the world: she can sing. Like, really sing.

So when Candace enters a global audition held by the biggest K-pop label in the world, she doesn’t expect to actually win. And convincing her parents to go against everything they believe in is nothing compared to what’s next.

Under the strict supervision of her instructors at the label’s headquarters in Seoul, South Korea, Candace must hone her performance skills to within an inch of her life, learn to fluently speak Korean, and navigate the complex hierarchies of her teammates. And the number-one rule? NO DATING – which proves almost impossible after she meets superstar idol One.J and fellow Korean-American trainee YoungBae.

And when Candace finds herself in the middle of an international K-pop scandal, she must decide whether a spot in the most hyped K-pop girl group of all time is really worth risking everything …

Big dreams, rivalries and romance collide, set against the vibrant landscape of Seoul, South Korea, in this must-read novel for all K-pop fans.