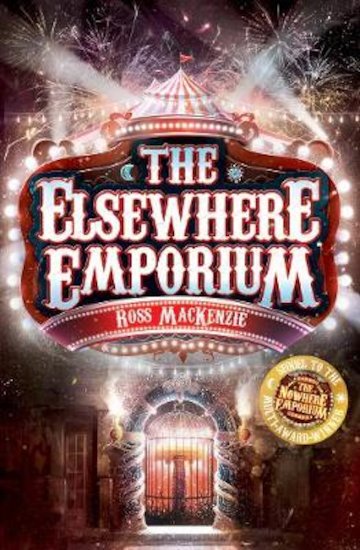 The Nowhere Emporium has been stolen.

The shop from nowhere has vanished without a trace. Will it ever reappear?

As they search for the lost Emporium, Daniel and Ellie encounter magical bookshops, deserted islands, and an array of magicians (both dead and alive). Meanwhile a dangerous force is attacking the Emporium from the inside, waiting for a chance to break free.

In this highly anticipated sequel to the award-winning The Nowhere Emporium, readers will once again be transported into a magical realm where imagination is power and anything is possible. Loyal fans will be astonished by the new wonders beyond the Emporium’s doors as the gripping mystery unfolds.

2658 in Books and Resources for Schools Catalogue 2023

Ross MacKenzie is the author of fantasy adventure Zac and the Dream Pirates. He grew up in Renfrew, just outside Glasgow, and knew from a young age that he wanted to be a writer. In fact, he completed his first illustrated book – about a crocodile called “Crunchy Colin” – in a smuggled school jotter when he was seven. Ross studied graphic design at college, and after graduating went on to become a page designer for the Daily Record.

Ross still lives in Renfrew with his wife Aileen and their young daughter but he spends most of his spare time in another world.