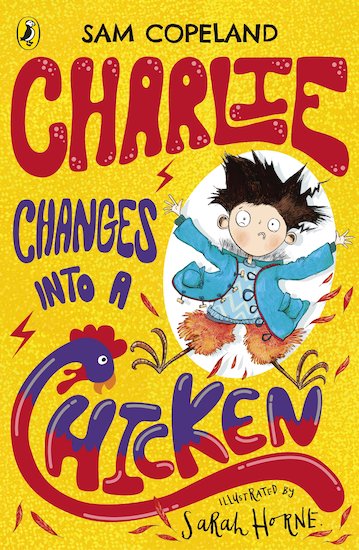 Charlie McGuffin has an incredible secret . . .

He can change into animals. All sorts of animals: a flea, a pigeon, even a rhino.

Trouble is, he can’t decide when – it only happens when he gets worried. And right now, Charlie has quite a lot to worry about:

And even though every kid wants a superhero power, Charlie isn’t keen on changing into a chicken in the middle of the school play.

So with the help of his three best friends, Charlie needs to find a way of dealing with his crazy new power – and fast!

The first book in a hilarious new series for fans of Roald Dahl and David Walliams!

Praise for Charlie Changes into a Chicken:

‘The modern masterpiece . . . this savvy, comic tale ticks every box’ The Daily Telegraph

‘The best kind of silly’ The Observer

‘Full of heart and humour, wit and wisdom, and rivers of rhino poo’ Sophie Anderson, author of The House with Chicken Legs

2391 in Books and Resources for Schools Catalogue 2023