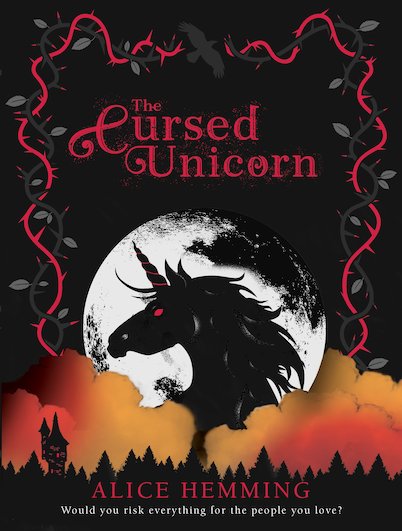 From Alice Hemming, the bestselling author of The Midnight Unicorn, comes a brand-new unicorn fairytale.

In the faraway kingdom of Elithia, a powerful king holds the throne, with ten Royal Knights under his trusted command. Fearsome warriors and talented fighters, the knights are led by Celene, the most exceptional of them all.

Celene’s brother, Hero, also works for the king, and his role as the king’s advisor gives him a privilege unrivalled by most. So when he falls ill, the king sends for the wisest healers in the kingdoms. Many healers answer his call, but none are able to discover the reason for Hero’s failing health.

In desperation, Celene seeks out a sorcerer called Cidra who practices dark magic. Cidra promises Celene the chance to save her brother’s life.

The cost? Her soul. When Celene refuses, Cidra curses her in rage.

Weaving her magic, she forces Celene to take the form of a unicorn. Celene becomes an outcast—and a legend: the Cursed Unicorn becomes well-known in the surrounding kingdoms, though where the unicorn came from nobody could say.

Will Celene remain a unicorn forever, or will she break the magic that traps her? Her story started once upon a time, but who knows how it will end…

DARK UNICORNS – COLLECT THEM ALL!

HL730L Lexiles are the global standard in reading assessment. They are unique as they are able to measure a child and a book on the same scale – ensuring the right book gets to the right child at the right time. 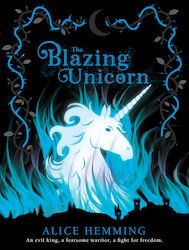