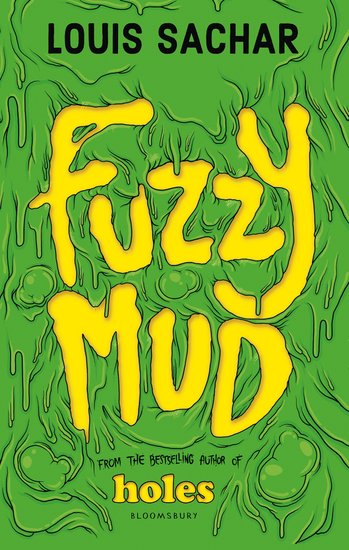 A funny, sinister and thought-provoking comic thriller from the multimillion-copy selling author of Holes.

If you go down to the woods today … Well, every child knows NOT to, don’t they?

Tamaya is on a scholarship to the prestigious Woodridge Academy and every day she and seventh-grader Marshall walk to school together. They never go through the woods.

When they arrive at school they stop talking to each other – because Marshall can’t be seen to be friends with a little kid like Tamaya. Especially not with Chad around. Chad the bully, who makes Marshall’s life utterly miserable. But today, hoping to avoid Chad, Marshall and Tamaya decide to go through the woods … And what is waiting there for them is strange, sinister and entirely unexpected. 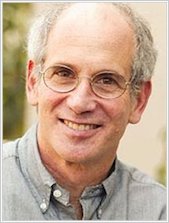 Louis is best known for the award-winning Holes, which has also been made into a major film.

More about Louis: “I was born in East Meadow, New York on March 20, 1954 and lived there until third grade. My dad worked on the 78th floor of the Empire State Building, and maybe that somehow inspired Wayside School, who knows?

I enjoyed school and was a good student, but it wasn’t until high school that I really became an avid reader. J.D. Salinger and Kurt Vonnegut were the authors who first inspired me. Some of my other favorite authors include E.L. Doctorow, Margaret Atwood, E.B White, Richard Price and Kazuo Ishiguro.

After high school, I attended Antioch College in Ohio. My father died during my first semester, and I returned to California to be near my mother.

I returned to college, this time to the University of California at Berkeley where I majored in Economics. On campus one day, I saw the unlikely sight of an elementary school girl handing out flyers. I took one from her. It said: “Help. We need teachers aides at our school. Earn three units of credit.” I thought it over and decided it was a pretty good deal.

Besides helping out in a classroom, I also became the Noontime Supervisor, or “Louis the Yard Teacher” as I was known to the kids. It became my favorite college class, and a life changing experience.

When I graduated 1n 1976 I decided to try to write a children’s book, which eventually became Sideways Stories From Wayside School. All the kids at Wayside School were based on the kids I knew at Hillside.

It took me about nine months to write the book. I wrote in the evenings. In the daytime I had a job at a sweater warehouse in Connecticut. After about a year, I was fired (my enthusiasm for sweaters was insufficient), and I decided to go to law school. Sideways Stories from Wayside School was accepted by a publisher during my first week at Hastings College of the Law in San Francisco.

I finished law school, graduating in 1980, passed the bar exam (which was required to practice law) and then did part-time legal work as I continued to write children’s books. It wasn’t until 1989 that my books began selling well enough that I was finally able to stop practicing law and devote myself fully to writing.

My wife Carla was a counselor at an elementary school when I first met her. She was the inspiration for the counselor in There’s a Boy in the Girl’s Bathroom. We were married in 1985. Our daughter, Sherre, was born in 1987. We live in Austin, Texas along with our dog, Watson.”